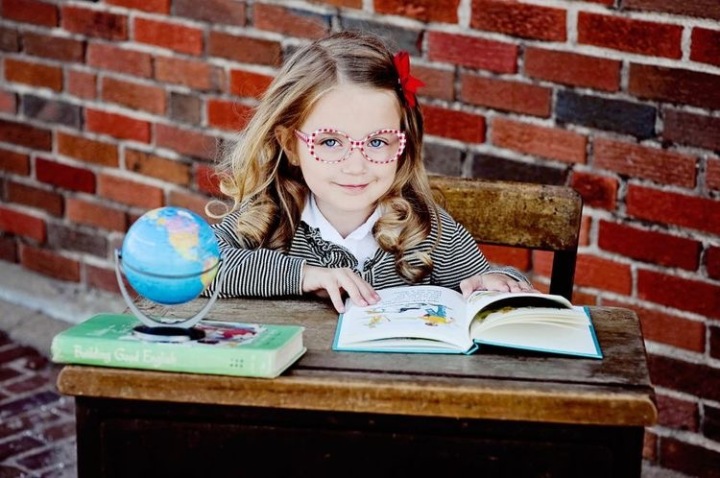 I came across this article recently and, although it’s a bit older, it got me thinking.  I too, like Angela Hanscom, an occupational therapist, have parents who have been getting feedback from their children’s teachers that they are concerned with ADHD and fidgeting in school.  I often get questions from parents on how long their child should be able to sit for during class.  And, vice versa, teachers who feel that children aren’t able to sit, pay attention, and participate appropriately.

In the article, Angela discusses observing a typical classroom (not special needs) at the end of the day and seeing that kids were tilting back in their chairs, fidgeting, chewing on pencils, etc.  From what I hear from my friends who are teachers, (a variety of elementary grade levels) this is pretty typical.  When I hear this, I can’t help but think that I don’t really remember that from when I was a kid in school.  Sure, there was the occasional kiddo who would play with a pencil, or lean back in their chair on the occasional day, but not the majority of the class on a daily basis.  So what happened?!?  Why is this happening?!

Angela touches on two things in her article, the first being our expectations for kids to sit for longer periods.  I know this will fluctuate from school to school and teacher to teacher, depending on how their classroom is structured.   However, the constraints of getting everything in that needs to be taught, as well as school policies, often means that kids are sitting for looonnng periods of time.

I was speaking to my family on the weekend and got asking my niece a bit about this.  In her school, the children don’t move class to class for different subjects (which we did as kids – at least specialty ones), they stay at their desks and the teachers come to them.

The second is that our kids are just not moving enough! From an occupational therapy perspective, she talks about how not having kids move is effecting their attention.  And I whole heartedly agree!!  But what really got me thinking, is how this all relates to the kids I see here in physio.

I have been seeing more and more kids in the last little while whose parents tell me that their teachers are concerned that they fidget constantly.  When I assess them, the trend tha I’m seeing more often than not is that they don’t have much core strength (*Check out my past blog posts to learn more about our core).  So, I have been paying close attention in sessions, as well as when I get them to come in from the waiting room, and I’m starting to think these kiddos fidget as a strategy to compensate for their lack of core strength. (Hence why this article seemed perfectly timed in a connect the dots kind of way!)  I would have typically described kids with poor core strength as those kids who melt into chairs and lay on their desks (and I do still hear about quite a few of those kids as well), however I like to think of these kids as a new breed of poor core strength kids.  These are the kiddos who parents might think are strong (“They have a six pack, how can they have a weak core?”), however, when you test them they have okay initial strength, but their endurance is not where it should be.  Again this goes back to kids not getting enough time being active – a sport two days a week for 45 mins is just not enough time!  So, instead of melting, they move constantly to recruit different muscles and to give those tired muscles a break.

I also keep thinking that the types of moving kids are doing now is also different to what we used to do as children, and that the issue is starting long before these kids get to school.  But this post is lengthy enough (these next two thoughts I could chat for hours about lol) and I don’t want us all sitting reading and not MOVING, so look forward to future blog posts on container babies (WHAT?! …just wait!) and why risky (and rough and tumble) play is important!